How do you use checkboxes in React.js? We've learnt about radio buttons in this tutorial, but what about checkboxes - do you use them differently in React?

The short answer is: yes.

Let me demonstrate how to use checkboxes with the help of a simple React application:

Our application will be made of two React components:

App component is a container component - it encapsulates our entire React application, and renders three instances of Checkbox component and three buttons - Select All, Select None and Save buttons. App component also logs into the Developer Tools Console which checkboxes were checked when users click the Save button.

Checkbox component renders a checkbox with a label.

We see three div elements with class names that you might recognize if you're familiar with Bootstrap. Bootstrap helps us create layout for our page.

Inside of our form element we call this.createCheckboxes function that creates three instances of a Checkbox component. We'll see how this function works in a moment. It's important to recognise that here we're creating our instances of a Checkbox component dynamically. If you're not familiar with this approach, then please read this tutorial first.

We then create three instances of button element.

The first Select All button will select all checkboxes:

When it's clicked it calls this.selectAll function. Later we'll see what that function does.

The second Deselect All button will deselect all checkboxes:

When it's clicked it calls this.deselectAll function. Later we'll see what that function does.

The third Save button is of type submit which will submit our form when user clicks on it:

In our form element we're telling React to call this.handleFormSubmit function when user submits the form:

Next let's take a look at how exactly we're creating our instances of Checkbox component dynamically. Here is our createCheckboxes function:

It iterates over OPTIONS array and calls this.createCheckbox function for each item in that array. Where is OPTIONS array coming from and what is it for?

In our App.js file before declaring our App component, we've create OPTIONS constant that references an array of three items:

['One', 'Two', 'Three'] - these are labels for our checkboxes. This array represents data that will dictate how many checkboxes we need to render and what their labels will be. For the purpose of this tutorial, we declare this data in our React component file, but in a real world web application this data can be received from a server or imported from another file.

Now we understand how we create and render three checkboxes in our application. What happens when user selects/deselects our checkboxes? As you will see later - every time user changes checkbox's state - our this.handleCheckboxChange is called.

It's a good time to zoom out for a minute and talk about how our application works. There are a couple of questions we need to ask:

Have you noticed that we need to maintain the state of each checkbox for two different purposes? Let's take a closer look, this is important. In React, a form element that users can interact with has to have a state in order be rendered differently in response to user actions. That what makes a React component interactive: it's rendered one way, then user interacts with it and now it's rendered in another way. We know that changes in component's props or state will force React to re-render that component. Without that state, form elements will be useless, because they will always render the same way, regardless of what user does. They will feel unresponsive to a user. You can see that the purpose of that state is mechanical - it's purpose is to make an interactive UI component simply work. That's it.

Most often than not, you wouldn't render a UI component without a business reason. Why do we want to render a checkbox as part of our form? Well, we want to know user's preference for whatever choice options that checkbox represents and then submit it as part of the form. But where do we store that user preference before submitting the form? Notice that this user preference is our business state or our application state that lives in our React application. Does it mean that it should live in a component's state? No, as it's not React's responsibility to manage application's state. We can use Redux library, or plain JavaScript for that.

The question is how the App component can control the state of it's child Checkbox components, without managing their state? The short answer is: it can't. When you make a React component stateful, the state becomes private to that component only. Parent components can't access it directly. Child components can only get access to it via props. That's one of the core ideas in React and your architectural challenge is to decide which components own what state.

Let's declare our application state in the App component:

We use class property state to set the initial state of the App component.

Don't get scared by that reduce function:

All it does is transforms ["One", "Two", "Three"] array to { "One": false, "Two": false, "Three": false } object. This object is the shape of our state that represents two states: UI state for each Checkbox component and an application state for our entire application. In our state false means that user hasn't selected the checkbox and we want every checkbox to be initially rendered as unchecked. Option name represents the name of a checkbox, i.e. "One", "Two", "Three".

As you can see those two states are tightly coupled and related - you can't render selected checkbox and at the same time assume that user's intention is to have it unselected. If you can think of a business case where your UI state will differ from your application state - you need to maintain them separately as two different states.

Now we know the shape of the App component's state:

Let's look at the this.handleCheckboxChange function and understand how to change this state when user interacts with our checkboxes:

It gets a changeEvent object and accesses name property that represents which checkbox is being toggled. Now what exactly handleCheckboxChange function does? It calls this.setState to request an update of the state and passes a function that gets a previous state and returns a new state that is created based on the previous state. The name property that comes with the changeEvent object becomes the key in our new state object and the value for that key becomes the opposite value of the value in the previous state:

This is how we toggle a checkbox in our application state. The handleCheckboxChange function toggles state of an individual checkbox. How do we change state for all checkboxes at once?

While this.deselectAll function calls this.selectAllCheckboxes and passes false as an argument:

Let's take a look at what this.selectAllCheckboxes does:

It iterates over the checkboxes that we have in our application state and for each checkbox it updates it's state to the value of the isSelected parameter. Can you explain why we must pass an updater function to this.setState here, instead of an object?

Now we have a React application that renders a form with three checkboxes and three buttons. What happens when a user clicks the Save button? Our form is submitted and our handleFormSubmit function is called by React:

First it prevents the default behavior of a form's submit event:

And then it iterates over all checkboxes in our application state, filters the ones that are selected and logs their name in a console:

Now you know what our App component does and how it works.

Next let's take a look at our Checkbox component:

Our Checkbox component is a stateless functional component that receives three props:

The Checkbox component renders div element with a Bootstrap class name that we use for styling. Inside of it we have label element with two children:

The input element renders the checkbox. It has 4 properties:

That's how our App component will always know which checkboxes are selected at any given moment in time.

And now you know how to use checkboxes in React.js!

Notice that this solution works great for our specific requirements. If you have different requirements you might need to think of a different way of creating checkboxes.

Thank you for reading this React tutorial! 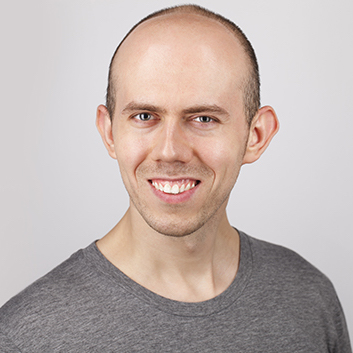